Not all Products are stocked or displayed. 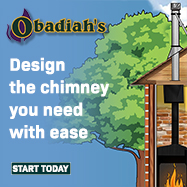 Happy holidays from the Alliance for Green Heat
And great news from Congress!

On December 21, Congress passed the largest renewable energy spending bill in a decade that included incentives for solar, wind, advanced wood heat and a host of other technologies. This marks the first-time modern wood heating systems have been granted an Investment Tax Credit (ITC), rather than the far smaller tax credit wood heating technologies had been receiving.

The incentive provides a 26% tax credit for stoves and boilers that are 75% efficiency or higher. Consumers can easily identify efficiency levels by checking the EPA lists of certified wood and pellet heaters. The credit has no upper limit and lasts for three years, declining to 22% in 2023.

The effort to pass such an ambitious bill was led by the Biomass Thermal Energy Council, who started lobbying for it in 2009. In recent years, another significant push was led by Charlie Niebling, a consultant for Lignetics and former Chairman of BTEC. The Alliance for Green Heat contributed time and resources to both of these efforts, along with many other BTEC members.

Many Senators and members of Congress signed on to various iterations of the bill over the last decade, but it was Senator Collins and Senator Angus King who provided the final push, along with Chairman Richard Neal in the House of Representatives.

The legislative effort gained momentum as new EPA regulations required wood and pellet heaters to be cleaner and to disclose their efficiencies. “This is an important step forward but it is only one piece of a much larger puzzle to modernize the technology and the test protocols,” said John Ackerly, President of the Alliance for Green Heat.

About Us | Policies
Copyright © Obadiah's Woodstoves - All Rights Reserved